Land Rover evolved from an idea and a sketch on a Welsh beach into the four-wheel drive vehicle that all others aspire to around the world. Beginning with the 80-inch Series I in 1948, Land Rover has been engineering and shaping its way through the decades to maintain its title as the ‘go anywhere, do anything’ 44. Maurice Wilks had no idea, as he sat on that beach sketching his ideas, that he had created a whole new genre of vehicle that was decades ahead of its time. Capability and poise are two characteristics of the Land Rover, which has the ability to make history while constantly innovating; it is truly one of the greats. 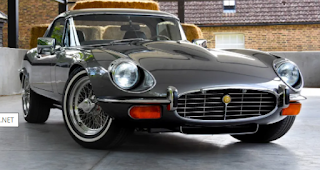 Enzo Ferrari said it was “the most beautiful car ever made.” Of course, he was correct. The E-Type Jaguar, based on the D-Type, a three-time Le Mans winner between 1955 and 1957, was a stunning example of what British car manufacturer Jaguar was capable of back then. It was the ultimate sports car of its time, sixties chic and faster than a Ferrari at a third of the price. The E-Type remained in production until the mid-1970s. This was largely due to the fact that it was constantly being revised on the inside while maintaining its elegant appearance on the outside. This meant that it was up to date while still looking stunning. It is without a doubt one of the best British cars ever made

Back in 1963, the 911 was the successor to the famous 356; it was a roomier, more powerful evolution. Porsche intended to call it the ‘901’ at first. Peugeot, on the other hand, owned the rights to three-digit car names, with the second digit being ‘0.’ The first 911s were powered by a 2.0-liter engine. It was air-cooled and rear-mounted, with only 130 bhp, a far cry from today’s modern 911 turbos, which have 500+ bhp. Even so, the 911 had nearly 50% more power than the flat-four 356, making it quite powerful for the time. With more power on the way by the 1970s, many consider the Carrera RS to be the ultimate 911. Although production of the original 911 ended in 1989, the name lives on in the Porsche lineup today. 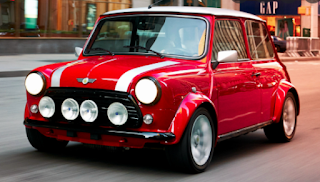 The Mini appeals to people of all ages, from George Harrison to Mr Bean. Never before has a car been so recognizable. It is a mode of transportation from 1960s chic to 1980s new romantic style. For decades, the world has adored the Mini, and it continues to do so. Despite being a small car, it has plenty of interior space thanks to its transverse engine front-wheel drive; this meant that approximately 80% of the floor pan area could be used as passenger space. It was a practical touch that influenced many car manufacturers in subsequent generations.

Furthermore, the Mini handled with pinpoint accuracy, making it a joy to drive. The race-tuned Mini Cooper and Cooper S were the cherry on top, with extra power transforming the Mini into a formidable rally car. Defeating all competitors to win the Monte Carlo Rally three times in a row in 1964, 1965, and 1967. All of this only adds to the Minis’ illustrious reputation. That’s right, cool Britannia! 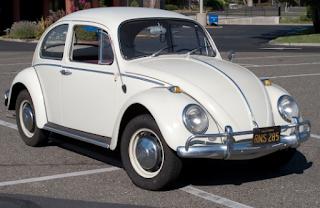 One of the best-selling automobiles of all time. The Volkswagen Type 1, to use its original name, had humble beginnings: it was a cheap four-seater that anyone in Germany could afford. Today, after eight decades of massively successful production, it still has a huge cult following and has done so for the majority of its life. The Beetle’s longevity can be attributed to its simplicity. The original flat-four, air-cooled engine has less than 200 moving parts, making it ideal for most hobby mechanics. When combined with its unmistakable looks, it is easy to see why everyone adores a Beetle.

The DS was Citroen’s long-awaited successor to the Traction Avant. With its sci-fi styling and minimalist interior, it was once again way ahead of its time. The future of motoring came from the creators of the 2CV and HY Van. Citroen’s eccentric yet uber-stylish DS defined its own terms from the start. The doors lacked window frames, and the rear brake lights were purposefully placed in the path of oncoming traffic. Slim pillars provided excellent all-around visibility for the driver, and its hydraulic independent suspension provided unprecedented comfort. Is it any surprise that 743 orders were taken within 15 minutes of its unveiling at the 1955 Paris Motor Show, and 12,000 by the end of the day?

It’s no surprise that this was James Bond’s car of choice. It’s the quintessential British grand tourer. The DB5 was the final evolution of the DB4 series, which is widely regarded as the most famous car in the world due to its appearance in numerous 007 films. The DB5 wasn’t a true sports car, thanks to its 4.0-liter inline 6-cylinder engine. Although it had a top speed of 145 mph, it was more of a luxurious 2+2 with standard features like wool pile carpets and electric windows. Any self-respecting spy would be proud to drive a DB5, with its magnesium alloy body built using the Superleggera patent technique and a wicked combination of Italian styling and British engineering.

Ferrari needs no introduction, and the V12 300 bhp Ferrari 250 GTO had to be one of our top ten. This iconic beauty spawned every other Ferrari after it and has inspired all of the competition in the past. It is the most expensive car ever sold at auction (with one going for just under £22,850,000 back in 2014). With only 36 ever produced due to homologation requirements, it’s surprising that they’re all still in existence today.

The car’s exterior design was inspired by the need to keep it low to the ground and improve aerodynamic efficiency; the engine was relocated further back and kept as low as possible. The GTO looks intimidating from behind, thanks to quad exhaust pipes and a large integrated rear spoiler, while the striking elliptical grille – topped by unmistakable triple vents – is functional yet aesthetically pleasing. Is this the best Ferrari ever built? Some would argue so. 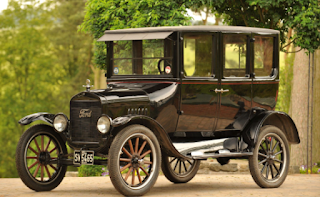 In 1908, Henry Ford conceived of a practical and affordable horseless carriage for the common man. It was originally priced at $850 to the general public. However, by 1925, the price had dropped to less than $300, ensuring that Ford Model Ts accounted for 40% of all cars sold in the United States. Between 1913 and 1927, Henry’s ‘car for the masses’ was a huge success, with over 15 million produced. Ford had begun their global dominance with production plants not only in the United States, but also in England and the rest of Europe.

Mercedes had no intention of producing their 300SL race car. That was until Maxi Hoffman, Mercedes-official Benz’s American importer, tirelessly campaigned for Mercedes to reconsider. The Gullwing was introduced at the New York International Motor Show in 1954 and received widespread acclaim – but it was more than just a pretty car. It was built on a space frame chassis with a flat, graceful body boasting impressive aerodynamics and a powerful straight six developing 215 bhp, a first for Mercedes with a fuel injected engine that had never been seen before. Mercedes even built 29 aluminum models, which are now worth four times the price of the steel versions.