We’ve compiled a list of the world’s 12 most expensive cars (the new price, not what they sold for at auction or in a private sale). To give you an idea of how incredible this list of most valuable cars is, consider that the least expensive car on this list is worth more than $2 million. If you scroll all the way to the bottom, you’ll find out which car is the most expensive car in History

The Sian is Lamborghini’s most daring and innovative effort yet, with a hybrid system that takes advantage of lithium-ion supercapacitors, resulting in a hybrid that doesn’t sacrifice weight for immense power. Drivers can expect 819 horsepower, a 2.8-second acceleration time to 60 mph, and a top speed of more than 220 mph. And, with design cues from the Countach, the Sian is unmistakably iconic even at a glance. 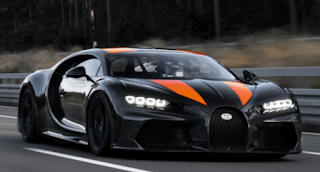 It’s human nature to strive for improvement and to push the boundaries of whatever is in front of you. But, for the past 15 years or so, no one has done it quite like Bugatti. They changed the world when the Veyron was discovered to be capable of 253 mph, and they are changing the world again with the Chiron Super Sport 300+, which is capable of speeds exceeding 300 miles per hour. The price can easily be justified simply for the opportunity to travel at that velocity. 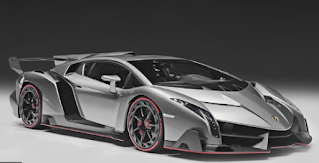 The Lamborghini, which was packed with incredible innovation and stirring design, was undoubtedly worth all the hype and money, not least because it was a clear symbol to the world that Lamborghini had entered a new era. The first part of the equation was extracting 740 brake horsepower from the Aventador’s V12, with an entirely new, but still very Lamborghini body design that was optimized for cooling and aerodynamics to follow. The Veneno was and continues to be one of Lamborghini’s most recognizable models.

The Bugatti Bolide is what happens when one of the world’s most storied automakers goes all-in on performance. Bugatti had intended for this hypercar to be a study project when it was first revealed, but later decided on a production run of 40 Bolide examples. Each of these examples costs a million euros, or approximately $4.6 million USD. 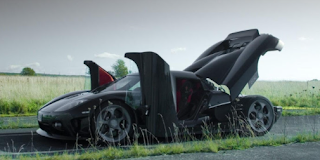 The name “Trevita” is Swedish for “three whites,” which perfectly describes the Trevita’s one-of-a-kind and stunning finish. To create the look of this car, Koenigsegg created a completely unique carbon fiber diamond weave, and due to the difficulty of this process, only two Trevitas were made, one of which was entrusted to Floyd Mayweather. It takes a special vehicle to justify that price, and the CCXR Trevita delivers. 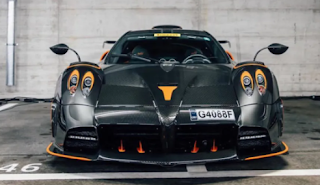 The Huayra Imola is a car that is solely focused on speed. Pagani went so far as to develop a special paint to finish the car in that saved 11 pounds of weight, resulting in a dry weight of only 2,747 pounds. When you combine that with 827 horsepower, you get a car that is about as formidable, unique, and extravagant as anything on the road.

As if Bugatti’s offerings weren’t already serious enough, the Divo is as serious as any of their vehicles have ever gotten. While Bugattis are known for their incredible straight-line speed, the Bugatti Divo is designed to dominate in the corners as well. That’s exactly what it does, thanks to an elongated, more aerodynamic body, increased downforce, and 1.6 Gs of lateral acceleration. We had no idea that things could change for the better with Bugatti always being at the forefront of performance. 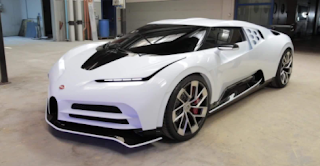 The Bugatti Centodieci is a tribute to the EB110, a modern classic. The 200+ mph icon of the 1990s combined with Bugatti’s current body of work can only result in a truly amazing, one-of-a-kind, and inherently expensive car. There will only be ten of these, which is a shame because the Centodieci isn’t just great for nostalgia. It outperforms the Chiron by losing nearly 45 pounds and adding downforce. 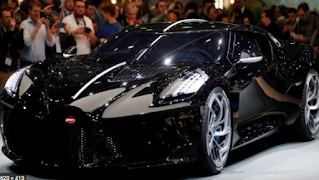 This breathtaking one-of-a-kind Bugatti was inspired by Bugatti’s earlier history’s legendary Type 57 Atlantic. Bugatti sought to recreate the sophistication and mystique of the Atlantic, as well as the legend of the perfect car. La Voiture Noire is one-of-a-kind, with features reminiscent of the old Atlantic, such as six tailpipes and a dorsal seam across the middle.

The tapered rear end is the Sweptail’s defining feature and namesake, evoking a yacht and the sense of pure pleasure and luxury that only a Rolls Royce can provide. With a glass roof that extends from front to back and wood and leather on nearly every interior surface, the Sweptail is similar to, if not better than, a yacht, and is therefore priced accordingly.

The Pagani Zonda is a car that we know to be epic and historic in the world of supercars in and of itself. Its distinct appearance, formidable Mercedes-Benz 7.3 liter V-12, and exceptional performance have made it a classic and a legend. That makes a car like the HP Barchetta ideal for doing it justice. As if the Zonda wasn’t already eye-catching, the HP Barchetta has rear wheels partially covered by a carbon fiber panel and a roofless (and almost windshield-less) body design, hence the Barchetta name, making it truly deserving of the title of being one of the most expensive cars in the world of all time. 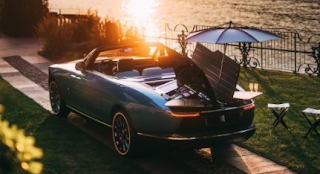 The Rolls-Royce Boat Tail is the most expensive car in the world. It was inspired by everything nautical and was created by Rolls-Royce Coachbuild. It has Caleidolegno veneer on its “Aft Deck,” a wrap-around windscreen, and a plethora of other nautical details. An area in the back opens up to reveal a hosting suite with everything you need for an al fresco dining experience. Two BOVET 1822 reversible timepieces that can be used as dashboard clocks were also included in the Rolls-Royce Coachbuild. Rolls-Royce also debuted the Boat Tail at the Concours d’Eleganza Villa d’Este for the first time.