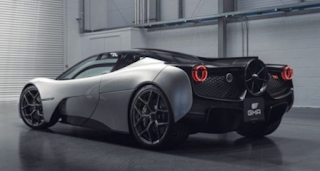 The new Gordon Murray T-50 is a descendant of the automaker’s legendary McLaren T50, starting with the central driving position and two outboard passengers in the cabin and ending with an insane 12-cylinder engine located right in the middle of the rear. The company revealed the new t50 employs a 4-liter semi-structural engine.

the engine, which generates 690 horsepower and a maximum torque of 467 Newton meters The power is transmitted via a 6-speed transmission and Michelin Pilot 4s tires. The high-performance vehicle can accelerate from zero to 100 kilometers per hour in 2.7 seconds and reach a top speed of 355 kilometers per hour. Because the body of the 2021 Gordon Murray T-50 is made of carbon fiber, the vehicle’s dry weight is only 986 kilograms.

Furthermore, the designers replaced the four-wheel-drive system with a rear-wheel-drive system in order to keep the car as light as possible. Gordon Murray, the company’s CEO, has announced 100 limited editions that will be delivered in 2022. Each car will be personalized and built according to the future owner’s preferences, but customers will have to pay no less than 3 million dollars, which is a reasonable price for such a masterpiece.

Lamborghini Essenza scv12 strength comes from the 6.5 liter longitudinal v12 engine delivering 830 horsepower such power is handled by a newly designed six-speed gearbox combined with a rear-wheel-drive it is also transversely located at the very rear designed for two people to stay inside the one thousand 1378 kilogram car boasts its 832-newton meter torque furthermore it demonstrates the downforce up to 1200 kilograms at a speed of 250 kilometers per hour which The car’s pleasing to the eye design not only adds to its incredible aerial dynamics, but it also refers to the classic prototypes of Lamborghini’s vehicles dating back to the 1970s.

Numerous y-shape and hexagonal elements appear to be much more to the point than ever before, and the multifunctional steering wheel ensures your satisfaction with its exclusive ergonomics.

C zinger 21c is inspired by the fastest air-breathing manned aircraft. It is the first and only automobile to be born of an entirely new approach to the car engineering process. The 21c is a 2.9-liter twin-turbo v8 engine that produces 950 horsepower at 11 000 rpm redline. The front wheels are powered by highly advanced axial flux motors.

They have a maximum torque of 150 kilowatts and a maximum torque of 350 newton meters, giving the vehicle a total output of 1250 horsepower despite its weight of less than 1200 kilograms. Furthermore, the 21c has a genuine one-to-one power-to-weight ratio; it takes the car 1.9 seconds to reach 100 kilometers per hour; the auto’s top speed is 432 kilometers per hour. The highly capable powertrain is paired with a seven-speed sequential transaxle gearbox, which is available in both 21c and 22c configurations. The first end of the gearbox is that of racing cars, which allows for the quickest possible shift time.

The second modification is designed for smooth daily shifting on rural or city roads. Customers must now pay 1.7 million dollars for any of C zinger 21c s 80 limited editions. The computational engineered car is definitely worth purchasing. 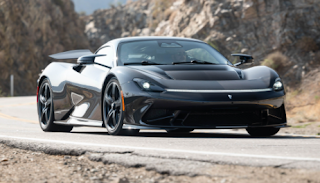 the company’s regular New Pininfarina Battista Anniversario hypercar this exclusive vehicle generates 1900 horsepower performing a zero to 100 km/h sprint in less than two seconds the magnificent hyper gt generates 1900 horsepower and 2300 newton meter torque with its four e-motors If you are finally able to purchase an anniversary, it will faithfully serve you in a 500-kilometer journey without recharging, reaching a top speed of 350 kilometers per hour.

Despite being far from a typical race car collectible, this Pininfarina Battista Anniversario is highly aerodynamic, with a carbon fiber front splitter, rear diffuser, and side blade rear wings, as well as other exterior elements made with the company’s own unique technology. Pininfarina Battista Anniversario surpasses many of them. The vehicle’s most notable feature is its exterior, which resembles nothing less than an artistic masterpiece. The paint finish on New Anniversario is not only complex, but also handmade. Think of Louver’s paintings to get a sense of its perfection. 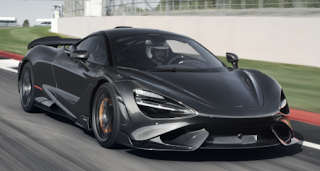 McLaren 765 LT is a flying start of a new generation of supercars, born from fearless engineering to follow the company’s previous creation 720s.

The next McLaren long tail, the Sirius 765LT, has a dry weight of 1202 kilograms, making it extra light and capable of high-level performance. Every element used in the design of the 765 adds to the car’s perfect technical specifications, a thrilling silhouette looks both aggressive and tempting, while enhanced aerodynamics makes you feel like a real racer. The company’s designers used thinner glass titanium and carbon fiber to make the New McLaren 765 LT one of the lightest among its competitors, the automobiles McLaren 765 LT designed 4-liter v8 engine delivers around 765 horsepower and a maximum torque of 800-newton meters. The top speed of the 2021 McLaren 765 LT is 330 kilometers per hour, and the acceleration from zero to 100 takes 2.8 seconds. 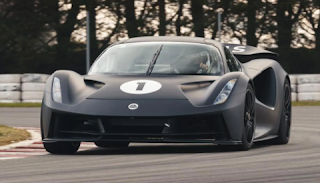 Lotus EVIJA is Britain’s first all-electric hypercar. Lotus car’s design director Russell carr follows the creative language and lightweight philosophy in the car’s both interior and exterior with its sharply pointed front and tear-shaped roof in the new Lotus EVIJA. The Lotus EVIJA boasts its side doors, which open as if ready to fly through the air. While the Lotus EVIJA’s functional appearance is just simple beauty, its aerodynamics performance is an unprecedented shock, as the car simply breathes the air it moves through.

The car weighs approximately 1700 kilograms due to the carbon fiber chassis. Despite a relatively large battery, a four-wheel-drive hypercar has a capacity of nearly 2000 horsepower and a maximum torque of 1700 newton meters. For the time being, the Lotus EVIJA 2021 is the most powerful production car in the world, with four electric motors placed at each wheel individually and a four single-speed planetary transmission.

The car accelerates from zero to 100 kilometers per hour in less than three seconds and has a top speed of more than 320 kilometers per hour. The 2021 Lotus EVIJA has recently gone into production and will be available on the market soon for a price of 2.1 million dollars. The production of such a hypercar is limited to 130 editions, which will not appeal to many customers. 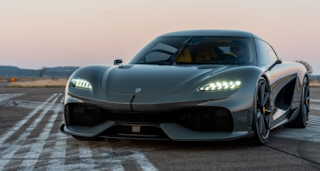 The entire body of the car is made of super lightweight carbon fiber, and the interior space can accommodate four people. The most remarkable feature of the Koenigsegg Gamera is undoubtedly its super light engine, which, despite weighing only 70 kilograms, produces a 600-newton meter torque alongside 608 horsepower with its reduced fuel consumption and emissions. 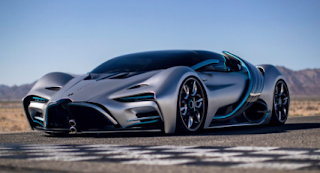 xp1 Hyperion The Hyperion company recently surprised the world with its hydrogen-powered xp1. With its highly efficient performance and exquisite appearance, the vehicle is unlikely to escape comparisons to popular EV alternatives. The all-wheel-drive layout and three-speed gearbox allow the xp1 to reach 100 kilometers per hour in just 2.2 seconds.

The auto can travel at a maximum speed of 350 kilometers per hour and has a range of more than 1600 kilometers.

is nothing more than a breakthrough The new Hyperion xp1 electric motors are powered by a pair of massive tanks of hydrogen-heavy lithium-ion batteries, which are typically used in such applications.

Vehicles are being replaced by much lighter units as a result of this, and the xp1 weighs less and is thus far more capable than any competitor.

Will be available at a price that reaches the heavens. 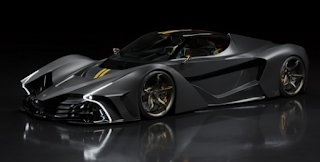 Greek hypercar chaos is a 3 000 horsepower revolutionary ultra card that is ready to take down some of the best-existing hypercars. Let us consider that this is only one version of chaos out of two that boasts such incredible power, with this one producing a total output of 3 000 horsepower. The 4-liter v10 engine in the new Greek hypercar chaos has been enhanced with a pair of millimeter carbine turbos, which add to the car’s final 12 000 revolutions per minute.

The monster of engine manufacturing is connected to an 8-speed dual-clutch automatic gearbox with an all-wheel-drive system cash speeds up to 500 kilometers per hour the hypercars acceleration to 100 kilometers per hour is said to take no more than (wow) 1.8 seconds from a dead stop looking like a pure racing car inside chaos is equipped with a rectangular steering wheel alongside several high-quality displays and screen drivers will be able to use VR glasses while driving Augmented reality is combined with two stylish carbon-fiber bucket seats. The hypercar will be unveiled and ready for delivery to customers later, but no one knows the price or the limited number of options.